The year was 1992. The WHO and UNICEF had launched the Baby-Friendly Hospital Initiative (BFHI) just the year before and there was not yet an accreditation authority established for the initiative in the United States. But Evergreen Hospital Medical Center in Kirkland, Washington (now part of Evergreen Health) was already committed to the Ten Steps for Successful Breastfeeding and working to implement the associated Baby-Friendly practices.

Four years later in 1996, they would become the first facility in the nation to be Baby-Friendly designated.

Now 23 years after their initial designation, Evergreen has renewed its Baby-Friendly designation four times, most recently in 2017. Their commitment to Baby-Friendly is the longest in the nation – and is as unwavering as ever. 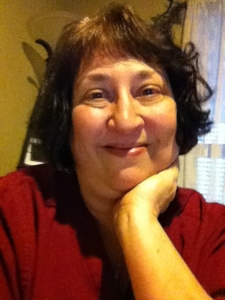 Jeanne Tate, MSN, RN, IBCLC, joined the maternity staff at Evergreen in 1985 and has been there for the whole journey. According to Tate, two things helped launched Evergreen on its Baby-Friendly journey.

“Ironically, a formula company rep moved us in that direction,” says Tate. “We were still giving out formula gift bags in the maternity center at that time and our leadership team had begun questioning why we were doing this. It wasn’t the best thing for our families and those items were taking up so much room in storage. This was before we’d even heard the words ‘Baby-Friendly.’ When our NICU manager let the formula rep know that were planning to get rid of the bags, he responded in a very inappropriate and aggressive manner.”

“That was the push we needed,” she says.

What was the other thing?

“Molly was here at the time,” says Tate. 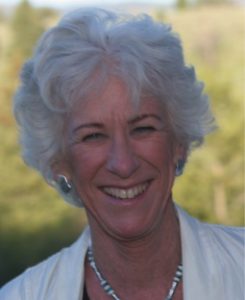 Molly Pessl, RN, BSN, IBCLC, FILCA, was the Education Coordinator for the Family Maternity Center at Evergreen from 1985 – 2003. During those years, Molly was responsible for developing comprehensive parent and professional education programs, a regional breastfeeding center, a postpartum follow-up clinic, and baby-parent groups at Evergreen.

“Someone involved in the early stages of Baby-Friendly called looking for Molly,” recalls Tate. “She had met Molly at a conference and heard about the formula discussions we were having in the hospital and how we were planning to begin paying for formula. People at the conference just about fell over when they heard we wanted to pay for formula because nobody had ever done that at this point in time – and the formula companies thought we were nuts.”

Pessl, now director of Evergreen Perinatal Education, a consulting and education program not affiliated with Evergreen Health, and a well-known breastfeeding advocate and speaker, remembers those days well.

“We had an amazingly strong breastfeeding program all during the 80s that started way outside of the context of Baby-Friendly,” Pessl reflects. “Somebody came and toured the facility and apparently called UNICEF and said there’s this hospital out in the Pacific Northwest and you really should contact them.

“So out of the blue, I got a call from Helen Armstrong from UNICEF and she asked if I’d fill out a questionnaire, which it turned out was kind of the original Baby-Friendly hospital data sheet. I filled it out and sent it in.

“She called me back a few days later and asked if I could help them assess some hospitals in the Philippines. So off I went to the Philippines two months later, and that was my first real introduction to Baby-Friendly. That was 1992.

“I came back from the Philippines and thought this would be very challenging in the United States, but we already had many of the Ten Steps in place at Evergreen – because they were good practice; we just didn’t call them anything at the time. So that was the beginning of our Baby-Friendly journey.”

Soon after, Pessl got another call, this time from Minda Lazarov, who was a member of the U.S. Committee for UNICEF and one of the early champions of the Baby-Friendly Hospital Initiative.

Lazarov told Pessl that James Grant, who was then the director of UNICEF, wanted to make a video to show that these practices could be implemented in the developed world. So in 1993, UNICEF sent a film crew and produced a video, narrated by Katie Couric, which shows what Baby-Friendly practices looked like in a US hospital.

That video survives today. BFUSA has posted an edited version of it here:

Pessl and Tate are both featured prominently in the video. It’s a fascinating look back in time to see Baby-Friendly philosophy in its evolutionary infancy. For example, at one point, Pessl reveals the organization’s emerging attitudes about purchasing formula – well before they began their official pursuit of Baby-Friendly accreditation:

“We are in the process right now of renegotiating for our infant formula – where we will be paying for all of our supplies that come from a formula company and keep it on a very straight business arrangement. We had a real concern that by having formula vendors on our unit, accepting free supplies, we really became indebted to a particular business or a particular company – and we really felt, in terms of ethical healthcare, that was not a good idea. So, we give mothers a very clear message that we’re promoting breastfeeding and not advertising for a company.”

The Right Thing for the Community

Looking back, Tate says that one of the keys to sustaining her facility’s commitment to Baby-Friendly for more than two decades was a process of continuously engaging with leadership about Evergreen’s Baby-Friendly history and philosophy – and its benefits to patients and the overall health of the community.

“Over the years, we’ve had multiple changes in CEO, executive director of our women’s and children services, different managers, different CFO,” she says. “Every time you go through a change like that and you bring somebody at a high level into the organization that does not have the history and doesn’t know about Baby-Friendly, you have to go through that education process all over again.”

“We’ve been focused on doing the right thing for our community – and we’ve been fortunate to have always had administrators who have understood that breastfeeding is important for lifelong health for both mother and baby. There has never been a time in all the years we’ve been Baby-Friendly where anybody has ever suggested that we drop it here.”

A Journey Worth Taking

Pessl and Tate agree that their trailblazing experience, while challenging at times, has been a rewarding journey.

“It was an amazing time when I think of it,” says Pessl. “It was an amazing group of nurses and physicians who just wanted to make things better. The breastfeeding fit into all of that as just one piece of a family-centered practice. We were way ahead of the game, which made it a lot easier when we decided to actually focus on Baby-Friendly.”

“We take such pride in being the first hospital in the country that was able to do this,” says Tate. “We’re really proud of how hard we worked, what a team effort it was, and the prestige that comes from the designation. But at the same time, our attitude from the beginning was that we wanted every hospital in the state of Washington to be Baby-Friendly. We wanted this to spread like wildfire – because it’s the right thing to do for these moms and babies.

“Ultimately, it’s a commitment to the health and well-being of our community – and it’s ingrained in who we are and how we practice. We’re proud of the evidence-based care we provide to support our families around their infant feeding decisions. It’s just what we do.”