The Ten Steps: Passed the Tipping Point and Moving Forward

The Ten Steps: Passed the Tipping Point and Moving Forward 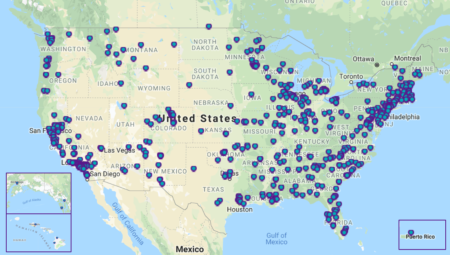 Few social change initiatives have matched the scale, complexity and success of the Baby-Friendly Hospital Initiative (BFHI). Launched in 1991 by the World Health Organization (WHO) and the United Nations Children’s Fund (UNICEF) with the goal of accelerating the broad-scale implementation of the Ten Steps to Successful Breastfeeding and the International Code of Marketing Breast-milk Substitutes, Baby-Friendly practices are the standard of care in more than 570 birth facilities throughout the United States.

Building on Everett Roger’s Diffusion of Innovation Theory, Malcolm Gladwell defines the concept of the “Tipping Point” as “that magic moment when an idea, trend, or social behavior crosses a threshold, tips, and spreads like wildfire.” Studies by other social scientists attempting to specify the percentage of a population necessary to “tip the scales” on a minority viewpoint place that threshold at between 10% and 25%. 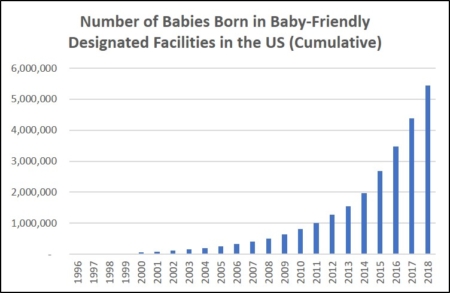 After decades of commercial interests pulling us in the opposite direction, most expectant mothers now have many options to ensure their infant’s birth occurs in an evidence-based environment that supports breastfeeding and respects every woman’s right to make the best decision for herself and her family. The Ten Steps are now standard practice in maternity units in all corners of the US, even for many facilities that are not officially designated as Baby-Friendly.

Equally significant has been the narrowing of racial gaps in breastfeeding rates. In a study published this past February in Pediatrics, leaders of CHAMPS (Communities and Hospitals Advancing Maternity Practices), a large-scale collaborative improvement project designed to support the widespread implementation of Baby-Friendly practices, reported that breastfeeding initiation rates at the 33 southern hospitals enrolled in the program rose from 43 percent to 63 percent among African Americans over 3 years and that the disparity in breastfeeding initiation between African American and white infants decreased by 9.6 percentage points.

But like all good social change initiatives, the BFHI needs to evolve in order to remain relevant and applicable in the future. Significant shifts are now taking shape in the wake of the revised implementation guidance for the BFHI, including updates to the Ten Steps framework, which WHO and UNICEF released in April 2018.

Baby-Friendly USA is collaborating with key stakeholder groups to review the new international BFHI standards and customize them for national application in the US. This complex but exciting process holds the promise for a renewed and widespread commitment to the Ten Steps in our country for generations to come.